Troopers Assisting Troops sponsored service dog, Lucky, is at home  with Army Veteran David Smith of Parkville, MO.  Lucky was a rescue shelter dog and was matched to Smith through  K9s for Warriors.

Smith served two tours in Afghanistan.  “Having the opportunity to get out and be out in the public more; she takes my mind off things. She keeps me occupied,” Smith said. 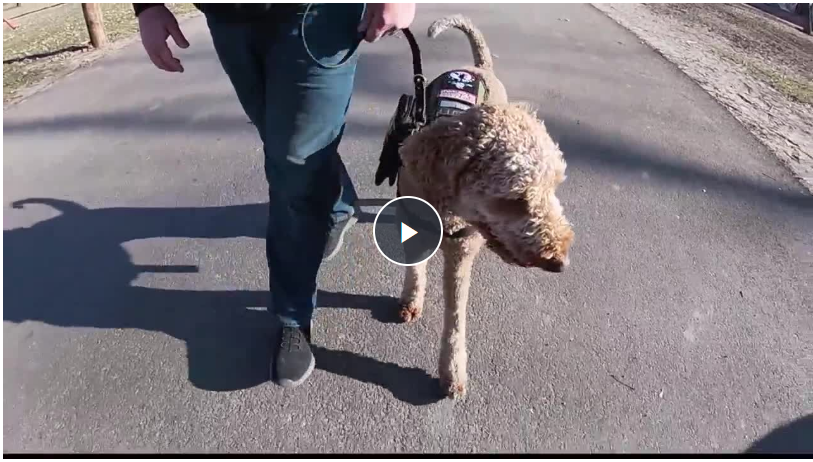 K9s For Warriors is a national nonprofit that takes eligible shelter dogs and trains them to be service dogs to mitigate symptoms of PTSD, Traumatic Brain Injury, and/or Military Sexual Trauma for post-9/11 service members and veterans. It operates from two facilities in North Florida that procure and train the canines, pair them with an incoming veteran, then train the veteran and canine pair together. After three weeks with his or her new service dog, the veteran has learned how to reintegrate into society and, most importantly, reduce suicidal ideation. 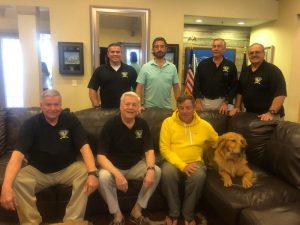